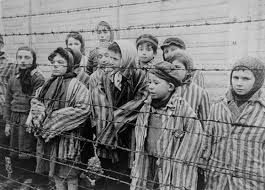 Have they begun stringing barbed wire again?  Have they set-up new ovens again?  How about those showers, are they getting them operational again? Are they stock-piling Zyklon B gas already?

Sadly, many Americans reading the paragraph above have no idea what the heck I’m muttering about.

“The Holocaust was the systematic, bureaucratic, state-sponsored persecution and murder of approximately six million Jews by the Nazi regime and its collaborators. “Holocaust” is a word of Greek origin meaning “sacrifice by fire.” The Nazis, who came to power in Germany in January 1933, believed that Germans were “racially superior” and that the Jews, deemed “inferior,” were an alien threat to the so-called German racial community.”