Join us to watch this incredible film about a Polish man who returns home after the death of his father and unearths a secret about the now-deceased Jewish residents of his village. 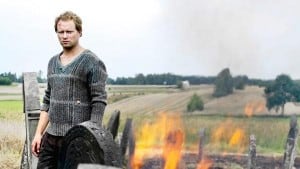 “That this film could be made in Poland with a Polish cast and crew has turned “Aftermath” into a significant milestone in that country’s ongoing process of wrestling with its demons. It’s almost as if the truth has a will of its own, refusing to stay buried. What Jozek told his brother about the tombstones — “there is no one left to look after them” — connects to the awful truth behind this film as well.” -Los Angeles Times

“While certainly upsetting, Aftermath takes a look at the dangers inherent in an abundance of truth.”-New York Daily News