Filmmaker Nancy Spielberg’s new documentary “Above and Beyond” has a simple message wrapped up in a complex story that continues to resonate seven decades later.

The film tells the story of the 1948 Arab-Israeli War from the perspective of the pilots who fought for the newly established state of Israel. The pilots, many of them American Jews who had fought in World War II, tell their stories with pathos, drama and a bit of salty humor.

While the story focuses on Israeli history, its foundation is “that American spirit,” the desire to help others in need, Spielberg said.

Spielberg, the sister of director Steven Spielberg, comes to Greenville March 31 to screen “Above and Beyond” at Furman, in an event organized by the Greenville Jewish Federation.

Her credits include a documentary on Nazi hunters and another focusing on a mother caring for a disabled adult daughter, so this subject was a departure for Spielberg, who produced “Above and Beyond.” 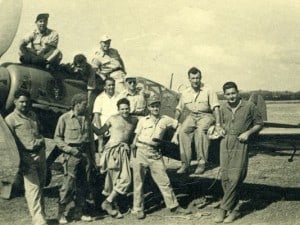