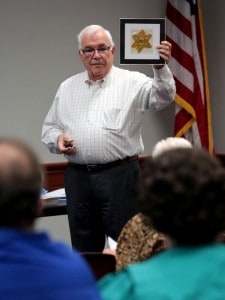 NEWARK – It’s estimated that only 7 percent of Europe’s Jewish children, who were younger than 16, survived the Holocaust.

About 1.5 million children younger than 12 were murdered in concentration camps.

John Koenigsberg considers himself one of the lucky ones. He went into hiding with a Dutch family and survived.

The 77-year-old Gahanna resident shared his story with a group of about 40 people Saturday at the Newark branch of the Licking County Library.