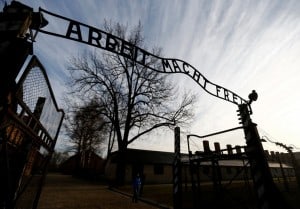 The very future of European Jewry stands in the balance, European Jewish Congress president Moshe Kantor said in a statement Monday, announcing a conference on contemporary anti-Semitism to take place during his organization’s commemoration of the liberation of the Auschwitz death camp later this month in Prague.

“To prevent history repeating itself, we need more than speeches about dark chapters of history. We need to deal with the present challenges we face and safeguard our future.”

European Commission president Jean-Claude Juncker, the president of the European Parliament, and other senior EU officials are expected to join parliamentarians from a number of nations to debate strategies to cope with what the Jewish body characterized as “the rise of anti-Semitism, racism, and xenophobia in Europe.”

The European Jewish Congress, an affiliate of the World Jewish Congress, comprises communities throughout the continent. It hopes its discussions will aid in creating a legal framework to “outlaw effectively these intolerant and dangerous tendencies.”