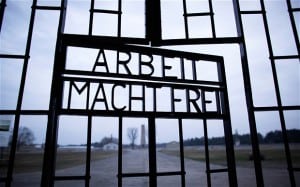 The millions disappeared into a Nazi imprisonment and killing machine that covered a bloody swathe of Europe and appears to have been far more deadly than has been thought.

Up until now, the Holocaust is thought to have consumed between five and six million Jews, with an estimated further six million other people also murdered by the Nazi regime.

The new figures of 15 to 20 million, which have astonished some Holocaust historians, come after thirteen years of painstaking study at Washington’s Holocaust Memorial Museum. Historians at the museum brought together and studied the huge amount, and often disparate, files and research on the Holocaust.

“The results of our research are shocking,” Geoffrey Megargee, the director of the study, told The Independent newspaper. “We are putting together numbers that no one ever compiled before, even for camp systems that have been fairly well researched – and many of them have not been.”